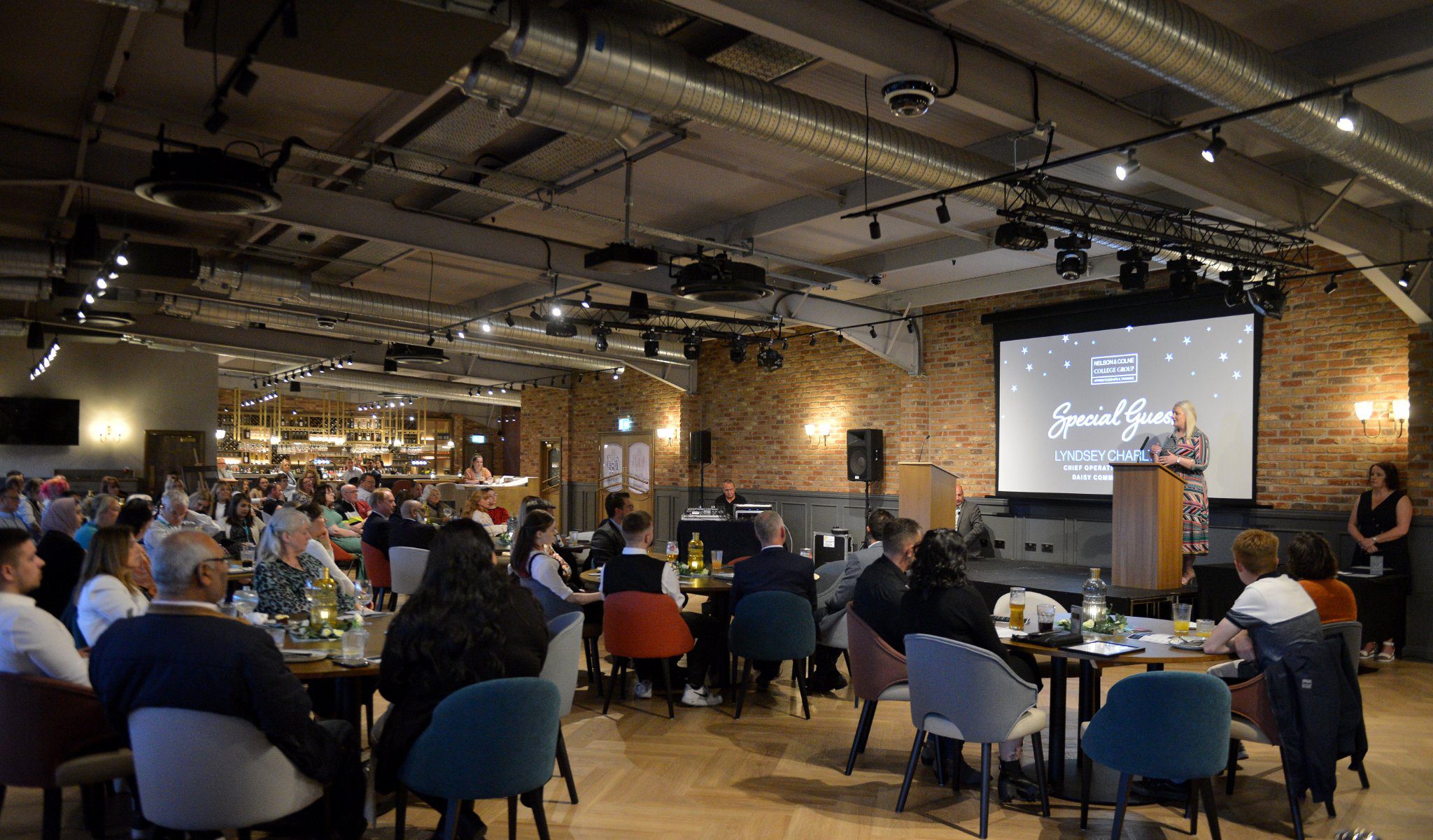 Some of the region’s most industrious and successful apprentices and their employers were celebrated in an awards evening held by Nelson and Colne College Group at Accrington Stanley Football Club.

Awards were presented to apprentices from both Nelson and Colne College and Accrington and Rossendale College who have impressed their employers, their assessors, and represent some of the most exciting emerging talent in the area.

The evening’s award winners have been busily forging new careers for themselves in industries as diverse as Construction, Childcare and Business and Professional Services.

“With emphasis often erring towards university education, the power of apprenticeships is sometimes overlooked. The fact is, they are a brilliant way for people to access real, hands-on work experience, attain nationally recognised qualifications and lay the foundation for life-long careers.”

Among those collecting awards was dad-of-three John Jacobs who claimed the ‘Construction Apprentice of The Year’ title as well as the much coveted ‘Overall Apprentice Of The Year’ award.

In what made for a pleasant double win, Onward Homes, the company that provided John with his apprenticeship opportunity were crowned ‘Large Apprentice Employer of the Year’.

Elsewhere in the Employer Awards, manufacturer, Panaz, were presented with the ‘SME Apprentice Employer of the Year’ award and East Lancashire Hospitals NHS Trust took ‘Apprentice Champion of the Year’.

Speaking of the evening’s winners, Amanda added: “What the awards night really showed is the wonderful things that can happen when a determined individual has the support of a place of education and organisations willing to give them a chance.

“Especially in light of Ofsted recently classifying Nelson and Colne College Group as ‘Outstanding’, we were thrilled to be able to recognise our apprentices and their parent organisations.

“The message we want to get out now is that, if there’s an industry you want to break into but you’re not sure how, get in touch with us.

“Our Apprenticeship Scheme is booming and we are always eager to help people build new lives for themselves.”