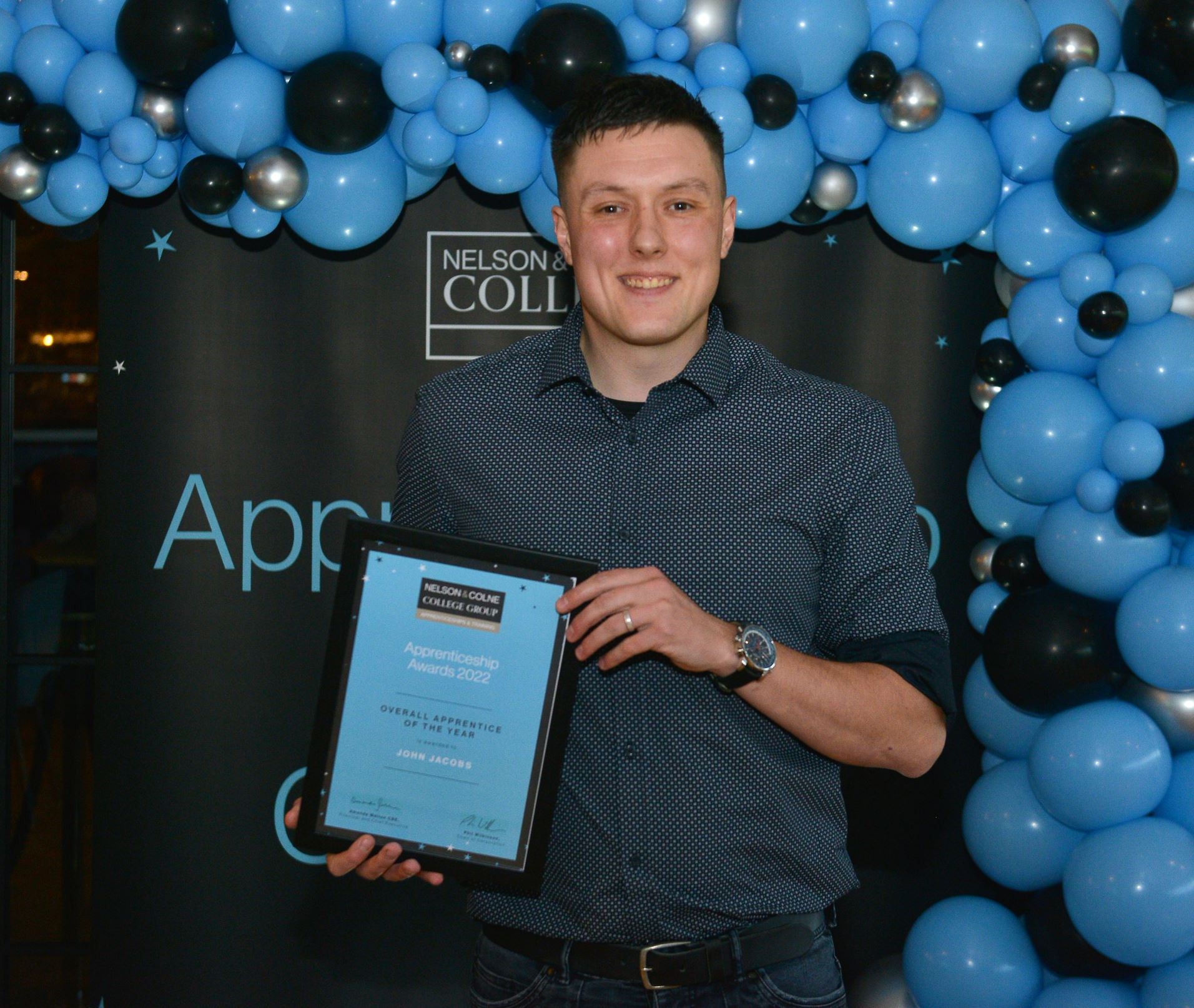 A father of three young children and age 28, John Jacobs was worried he’d left it too late to take on the rigours of an apprenticeship.

However, with the support of Accrington & Rossendale College and Onward Repairs Ltd, part of Onward Homes the leading North West provider of quality, affordable homes, not only is John thriving in his apprenticeship and building a whole new life for himself and his family, he’s racking up awards as well.

The annual event celebrates some of the region’s most industrious and successful apprentices and participant organisations from industries as diverse as Construction, Childcare, and Business and Professional Services.

Judges were impressed by John’s story of overcoming major obstacles in his pursuit of a new career. Aged just 19 he suffered a burst aneurysm that required lengthy periods of time in hospital and in recovery.

Using the pandemic as a time to reflect, John decided to undertake an apprenticeship to equip himself with the skills and experience for a career in the construction sector.

On his remarkable journey, John said: “I knew I wanted to work with my hands and spotted an opportunity for a painting and decorating apprenticeship at Accrington & Rossendale College.”

“Onward Repairs took a bit of chance with me being older but it’s worked out for us both. I love it and every day offers something different.

“I was aware that at 28 and with three children to support that I might struggle on an apprentice wage, but Onward Homes offer a Real Living Wage which certainly helps and has enabled me to complete my apprenticeship without worrying about money.

“I’m so proud to have picked up these two awards and am hoping to stay with Onward Homes beyond my apprenticeship and perhaps go on to do a HNC or HND higher level degree.”

Adding his thoughts on the three awards, Clive Mitchell, Operations Manager at Onward Repairs, said: “We are all so pleased that John has received this recognition. His confidence grows every week and he’s developing his skills and knowledge level at a phenomenal pace”.

“John also scooped the Apprentice of the year award at our colleague conference on 10th June, which is a measure of the regard that he is held in by his colleagues and managers at Onward Homes. He’s a model apprentice, and his extraordinary journey of strength, courage, and commitment to his learning has inspired us all”.

Currently, Onward Repairs has six apprentices in the construction trades, four of which attend Nelson & Colne College, with each supported by a designated workplace mentor and enjoying access to a rich and ambitious CPD programme.

Clive continued: “We’re delighted for John and we’re also delighted for the business. Picking up the ‘Large Employer of the Year’ award is a real honour and a testament to just how much Onward Homes invests in its apprentices.

“We believe wholeheartedly in the apprenticeship programme and invest in creating new opportunities each year.  We are keen to recruit ambitious talent so, for anyone that wants to follow in John’s footsteps they should look out for the opportunities that are advertised on our website www.onward.co.uk/careers”.