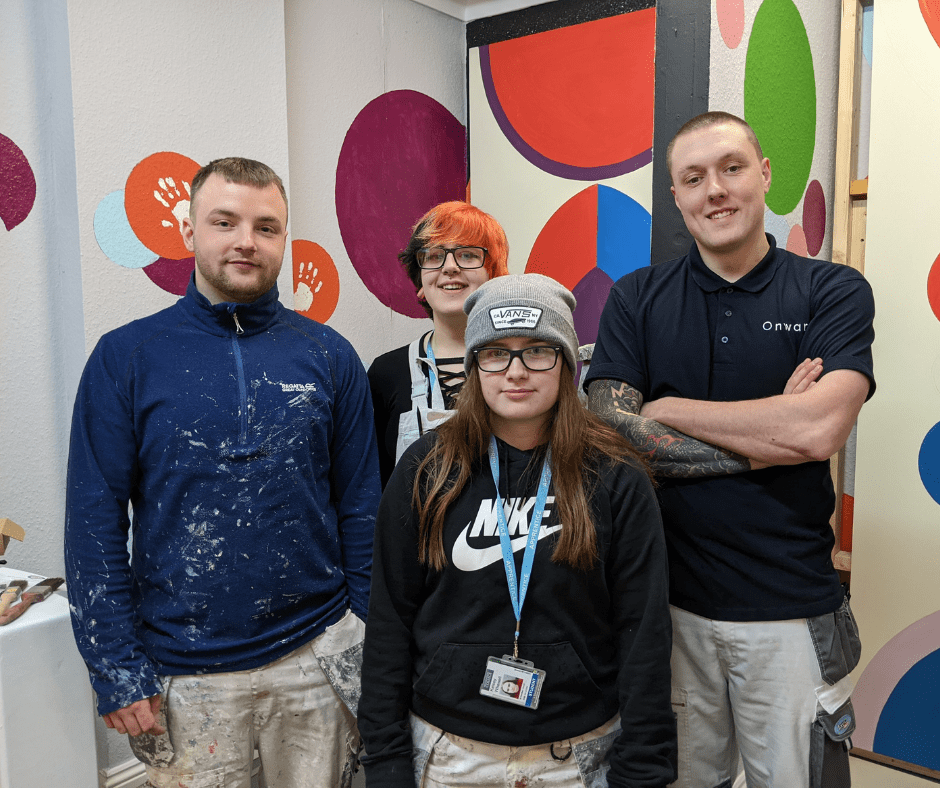 On hosting the North West heat, Simon Whitaker, Painting and Decorating Lecturer/Assessor at Accrington and Rossendale College said “We’re delighted to be kicking off the first heat of the PDA Apprentice of the Year Competition here today. With 16 Apprentices taking part, we’re excited to have four of our own students competing.”

Choosing to take part in either the junior or senior categories, the six-hour competition gave the opportunity for competitors to test their level of skills and knowledge. All those competing were tasked with replicating a given design, testing not only their accuracy and skill but their ability to perform under pressure. 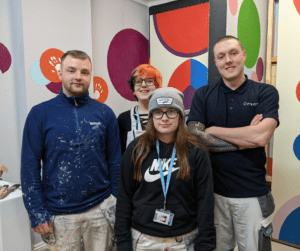 Judged by Neil Ogilvie, Chief Executive of the PDA and Ann Cook, member of the Association of Painting Craft Teachers (APCT), competitors were scored on their setting out, cutting in, opacity, stencil application, sponging effect and the overall visual appearance and cleanliness.

Neil Ogilvie said: “The quality of entries this year has been outstanding, these young people have really showcased their talent and professionalism and we’re all looking forward to judging their excellent work.”

Both judges agreed that the standard of work across the whole competition was extremely high. Finalists will be invited to the PDA Premier Trophy Awards Ceremony in London later this year, where the overall winner will be announced. 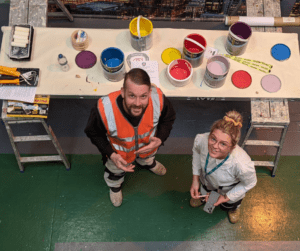 The Painting and Decorating Association (PDA) is Britain’s largest trade body, dedicated to the painting and decorating trade.

Further information about the Painting and Decorating courses at Accrington and Rossendale College can be found here.

Further information about the Painting and Decorating Apprenticeships at Accrington and Rossendale College can be found here.