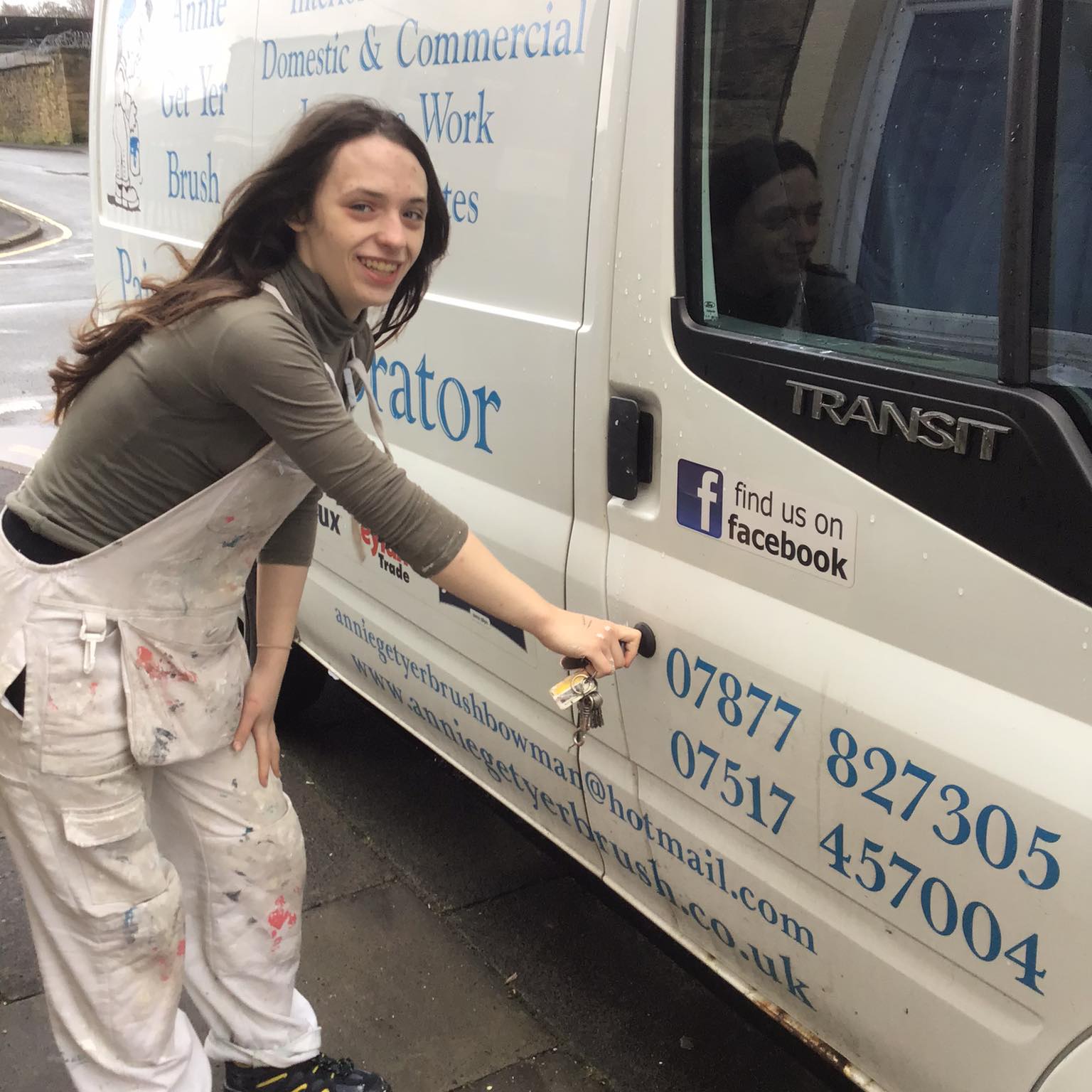 Apprentice Destiny-Mya has been named winner of Intermediate Apprentice of the Year for the North West, in the National Apprenticeship Awards.

Destiny-Mya Robinson, from Padiham, a Painting and Decorating Apprentice was announced regional winner at a prestigious event held in Manchester and is now through to the national final.

The 19-year-old said: “I couldn’t believe it when they read out my name, I was absolutely stunned, but so happy.”

Destiny-Mya was put forward for the award by Phil Burgess, Curriculum Leader for Apprenticeships in Construction and Motor Engineering, who called her ‘an inspiration to her peers, other students and prospective Apprentices’.

He said: “Destiny-Mya had been excluded from high school and had tried numerous other courses before settling into painting and decorating.

“While studying for Painting and Decorating Levels 1 and 2, she took it upon herself to seek her own career opportunities and started to send out her CV and covering letter.

“She was accepted on a work placement with Annie Get Yer Brush, a painting and decorating business in Burnley, which resulted in successful progression onto an Apprenticeship.”

“During her Apprenticeship, Destiny-Mya overcame her fear of heights, she grew in confidence and developed from previous behaviours, which has resulted in excellent customer feedback in her new role.

“She really does deserve this accolade for all the hard work she has put in and all of us here at the College couldn’t be happier for her.”

Carole Anne Bowman, owner of Annie Get Yer Brush, was equally impressed by her young protégé.

She said: “Destiny-Mya is truly deserving of this award. She’s punctual, trustworthy and hardworking and I have no issue leaving her to complete jobs on her own without constant supervision.

“She is an asset to the business and I feel blessed to have her in my employment.”

Destiny-Mya is now preparing to head to London for the National Apprenticeship Awards on Wednesday, 1st December.